From House Plants to Herbs!

The origin of Country Herbs and Plants now dates back 29 years to 1992. Matt Nieburg, my father, a Dutchman, came across to England as a student to learn the language and gain work experience in 1965. Working at East Malling research station in Kent, he not only did this but also met Patricia, my Mum! Having held senior managerial and directorial positions within several high profile leading house plant nurseries my Dad had long harboured a desire to start his own commercial nursery.

In 1992 he finally took the plunge, purchasing 4 acres of land, upon which he built 1,300m2 of brand new Venlo glass which became Ventura Nursery. Specialisation has long been the Dutch way and the nursery was built specifically to produce 9cm African Violets. As a crop needing 20 degrees centigrade day and night, warmed water, supplementary lighting and low and high level heating the nursery was very high-tech. Within 3 years a second 1,300 m2 of glass was added and at its peak, production was around 500k pots per annum. Sales were to wholesale and garden centre customers nationwide. By the late 1990’s the market was changing fast. The popularity of house plants waned, input costs rose fast and the market was flooded with new novelties from the continent.

Having spent my life growing up around nurseries I’d been through the inevitable fighter pilot and F1 driver dreams but in reality was always set to go into commercial horticulture! After studying at Writtle College I came away with a HND in Commercial Horticulture and then headed into the industry to gain experience, never really expecting to end up in business with my father. Of course I now know to never say never!

In 1997, having fallen in love with my now wife Jo, we purchased our first house. With it came a half acre plot of land and one 60 x 18 foot poly tunnel that we paid £50 for! With working fulltime in the industry for the P.A Moerman Group, I was adamant that this land and tunnel would remain unused. However after a DIY binge on the new house, funds were running low and I had the brainwave that growing some herbs might be a good way to make a few extra pounds! Herbs fitted our low tech tunnel and with the likes of Jamie Oliver breaking on to the scene extolling the virtues of fresh herbs it seemed a good idea and so Jo’s nursery was born!

With the herbs going well, Jo gained a fulltime job, especially after the addition of another tunnel. At the same time we could see two things happening, the herb site at our house was not really suitable for further development and at the same time the African Violet market continued to weaken. There was only one answer, to bring Ventura Nursery and Jo’s Nursery together to create Country Herbs and Plants.

Upon the formation of Country Herbs and Plants we ceased production of house plants and pushed ahead with the herb production. A period of investment has seen new glass built, outdoor growing areas created, biomass installed and raft of other investments made that we felt would improve efficiency and quality.

Now in 2017 we see ourselves as niche growers, specialists in herbs with a few peripheral crops for interest. However, we are probably the largest herb specialist supplying the UK Garden Centre sector. Scale gives us certain advantages in what is a competitive industry and world but we remain a niche, family business which with 25 years under our belt is very much looking ahead at the next 25 years. 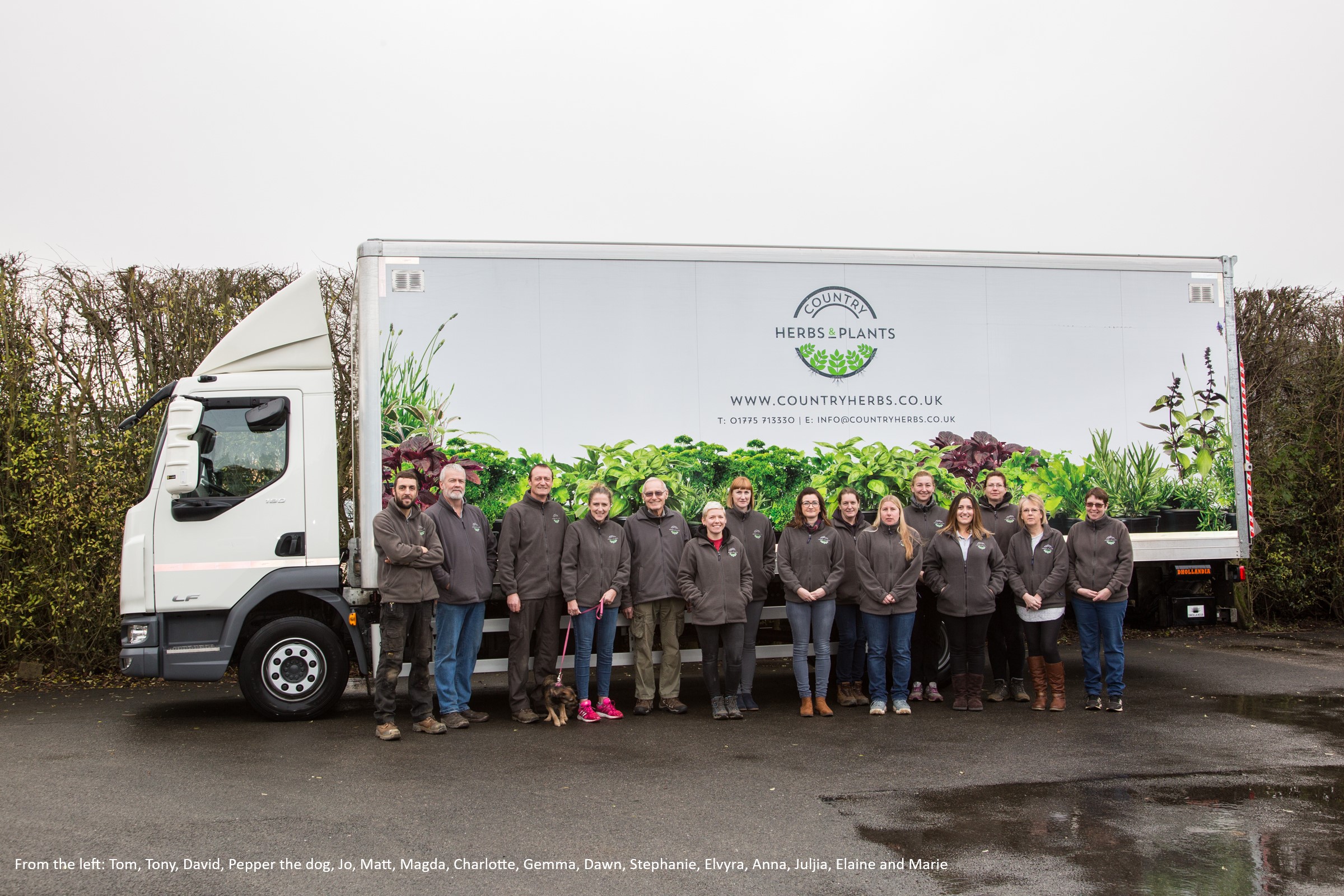